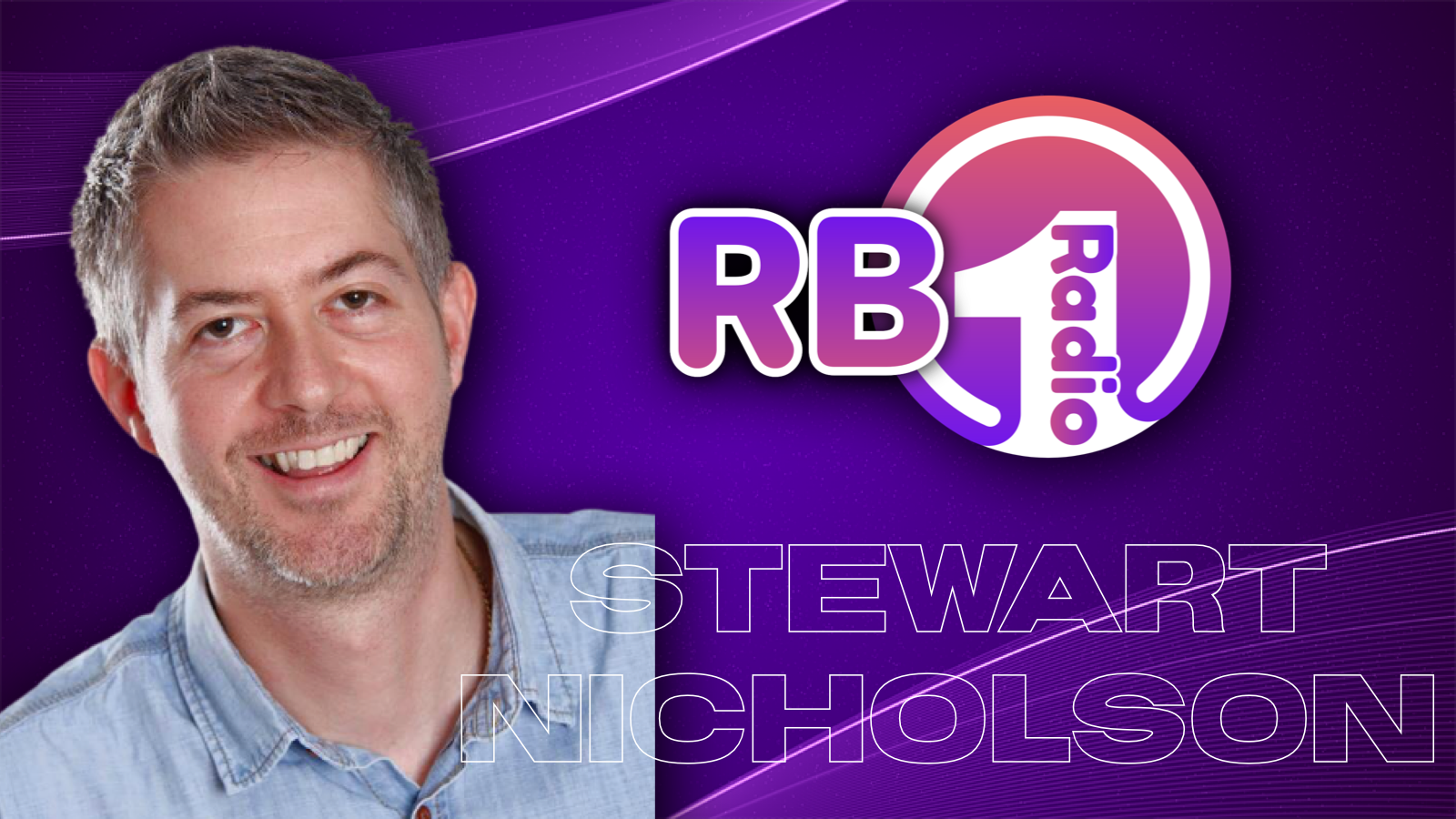 Stewart Nicholson has been involved in radio for just over two decades and enjoyed a spell as a club and mobile DJ, before following his dream and becoming a radio presenter.
It all started for Stewart back in 1999 when he got to present on a brand new radio station back in his hometown of Mansfield in Nottinghamshire. He then went on to present on a radio station in Chesterfield, before slowly making his way up north to South Yorkshire - where he became the breakfast show host on Rother FM in Rotherham for over 5 years. Stewart now lives in the area with his naughty sausage dog Mash and classes it very much as his adopted home.

He says his best moment on air so far is a non-stop 12 hour broadcast, which raised over £20,000 for charity and now becoming program director for RB1 and TX1 Radio.

In his spare time Stewart loves seeing his family, travelling and walking.

Stewart’s answers to your quick-fire questions:

**Q1: Describe yourself in three words
**A1: “Happy, Kind and loving.”
**Q2: Do you have any strange rituals which you carry out before you start your show?
**A2: “Ha! No but this question makes me want to start one. I’m open to suggestions?!”
**Q3: If you could only listen to one song for the rest of your life, what would it be?
**A3: “One song I never get tired of hearing is ‘Donna Summer - This time I know it’s for real.”
**Q4: What would you be doing if you weren’t on the radio?
**A4: “I’d probably still be a mobile DJ.”
Q5: What’s your Karaoke song of choice?
A5: “’Otis Redding’s Sitting On The Dock Of The Bay.”

Our Apps are now available for iOS, Android and Smart Speakers